Today it is exactly two years since I have been working full time for an international company here in Brazil. Therefore, I have decided to share with you one of the hardest experiences I have had while living here in Brazil. It is a story about what happens when the waves of cultural differences collide in the workplace.

I know, the carnival literally just ended and work is the last thing on your mind right now. However, this is the pattern that my blog seems to have adopted since the beginning – the not so trending topics one.

You see, when everybody else discusses politics, I write about the countryside. When they write about the Olympics, I wonder about human relations. When it is the vacation period, I muse about coping with living in the city. Consequently, when everyone else is focused on the International Women’s Day or the news and memories of the carnival that just ended, I write about work.

Today I have been thinking about all the challenges I have had working my way into the professionally accepted ways of primarily, Brazilian, but also other Latin American and even North American cultures. If I could only share all the stories! Working in a multi-cultural company, and most importantly, in a country that is a far cry from my own, offers quite a lot to remember, there is no doubt about it.

You would think that if you are aware that there will be very big differences to what you are used to and have prepared yourself mentally for that, it will be easier. Guess again. Even though you might think that you are open-minded and have chosen to discard all stereotypes, none of that helps when you realize that your very important values are the complete opposite of the other culture’s important values.

Take my case. In theory, I knew it all – what the characteristics of high and low context cultures were, how their values and protocols worked, and so on. I had  worked in international relations and even written a very thorough Master’s thesis on the topic of cultural differences in an international tech company. So I thought of myself of as already a kind of expert in the cultural differences area. None of that prepared me, however, for actually experiencing it all on my own skin hardcore mode. 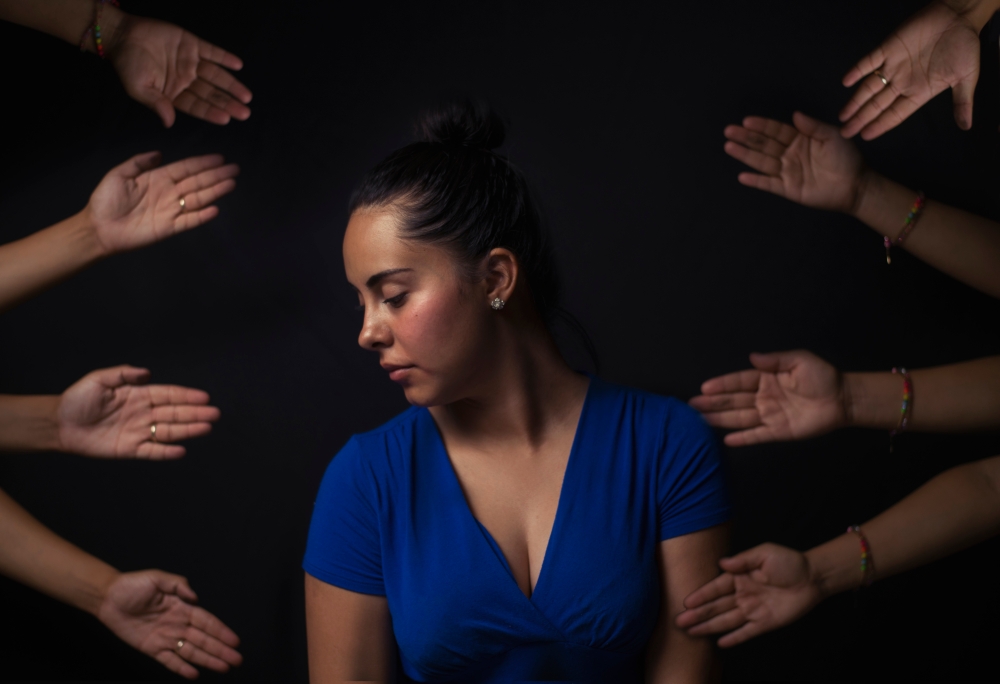 This is how it all began:

Two years ago I came to Brazil and started working full-time in the São Paulo office of a large multinational company. Having previously worked as an intern for the same company I already had had contact with several associates from  other offices in the United States and India, for example, and thought that our company culture was quite clear and understandable, focusing on efficiency and transparency – just as I was. This notion turned out to be a complete typical rookie mistake as I had not actually worked in, for and with Brazilians full-time before and had not even realized it.

I started off highly motivated in my new position, willing to learn and grow in every possible way. I tried to execute all my tasks in the most efficient and timely manner possible and always communicate in a polite and professional way. I tried to show initiative, come up with ideas how to make things easier and more efficient for the whole team and maintained my morals high, while keeping my professional and personal lives strictly apart. This was supposed to my key to success. Or so I thought, until it started to dawn on me that I was actually doing everything to annoy the heck out of (almost) everyone else in the local office. 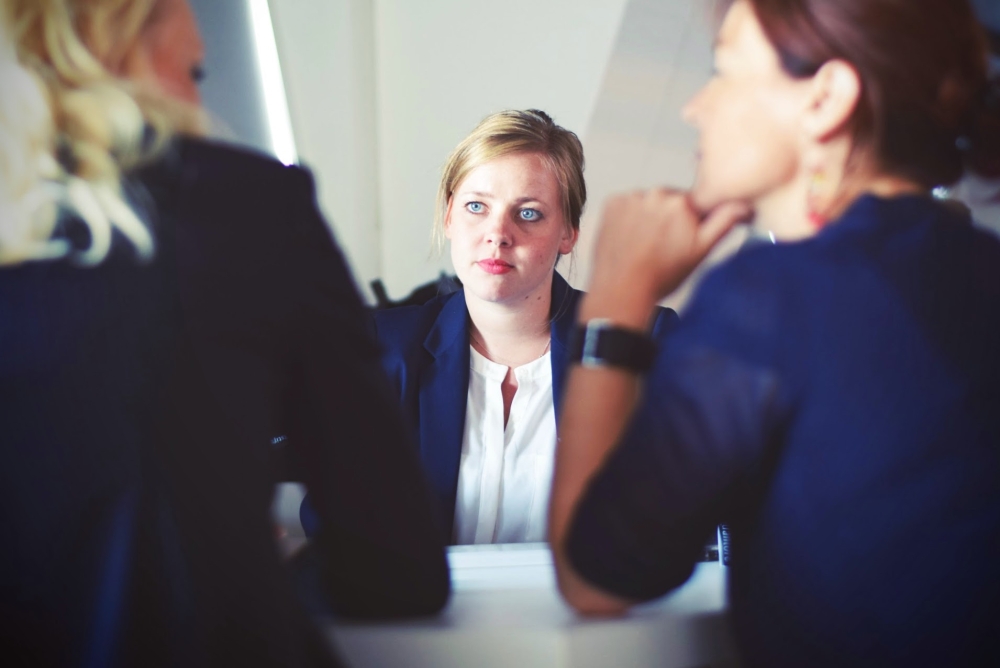 My values were just not matching theirs

The moment I realized that it was not my work that was lacking, or my ideas that were not good enough, but actually the fact that I tried so hard and was out there all the time staying true to my strong values and highest ethics that made my boss and some of my co-workers distrust me. They did not want any of that.

The local team had depicted something completely different, something I definitely did not appreciate. You see, I had not realized that I was stepping right in the middle of some principal sore points (at least for me) of the Brazilian culture. But let’s leave those points for another time, shall we? Those of you that speak Portuguese here is a reference (as the original has been removed) to the article about Brazilian bosses that I came across at the time and thought could not have been more right. 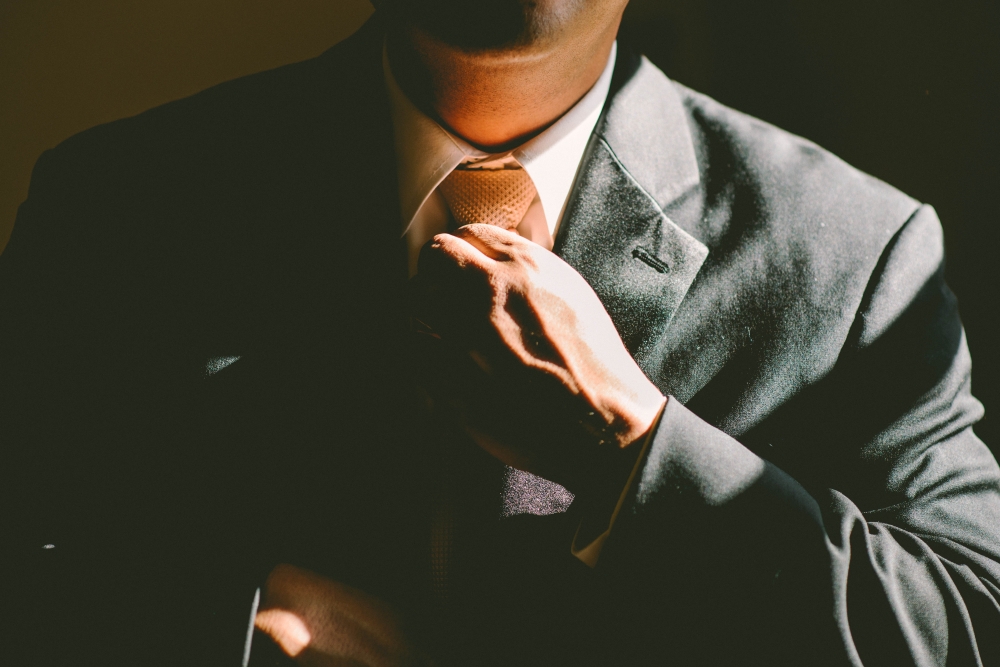 And then it escalated:

After realizing that by local standards I was not behaving as expected, things did not get any easier, either. Actually they got worse, much, much worse. See, when you have values that are very important to you, when the ideal you strive for is quite clear and you have laid out a long-term plan how to get there one day, yet your reality demands you almost the complete opposite, an awful inner conflict ensues.

All my efforts to excel at work and as a person were basically continuously ignored, as well as my attempts to discuss the situation and find a solution. At the same time, I could not, by any means bring myself to abandon my principles and become someone I definitely was not and did not admire. I had lost my way and was on the brink of depression, regularly falling ill each and every month with no exceptions and hating my work to the guts. 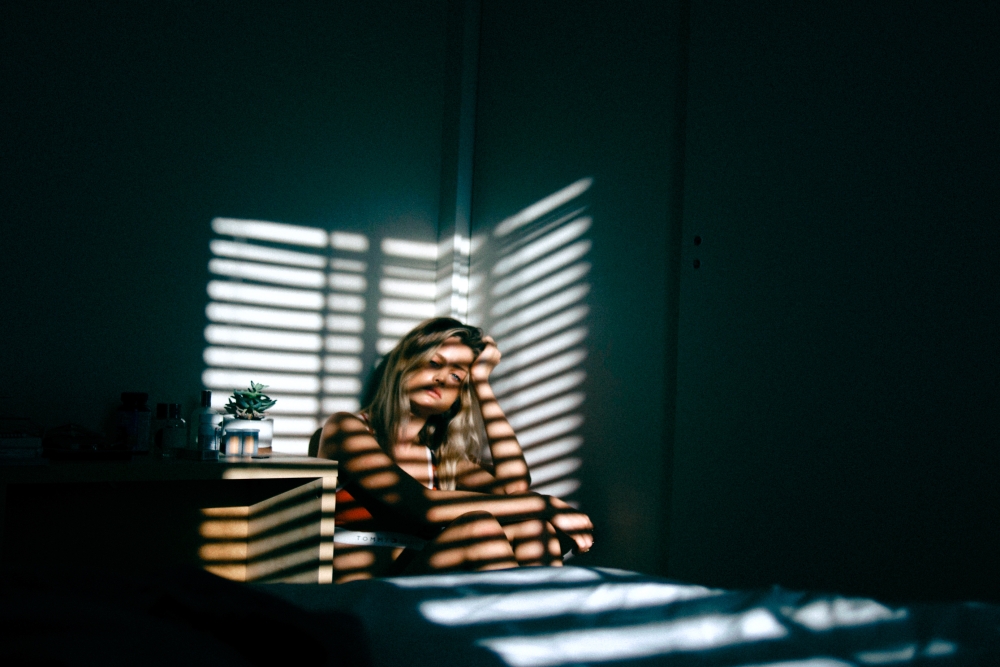 It was the start of the worst crisis in Brazil in many decades, however, and I could not afford to be unemployed, so I stayed and started looking for ways how to be less miserable at work instead. I took countless courses online, I joined the company’s network for coaching women, I reached out to some contacts inside the company that I admired for their talent and work ethics and asked if I could help them out with anything as I had time to spare.

While all this distracted me and the positive feedback gave me back some of my lost hope, the more I observed the culture in my work place and even how it clashed and denied to accept the corporate culture of our international company, the more depressed I became. While I did everything to reach out to the parts of the company I could identify with, I was still stuck in the all-Brazilian team and fighting not to accept or become what I did not admire or prioritize.

I even felt sorry for the Northern Americans that were finding it almost equally difficult to deal with our local team as I was. At the same time I started to understand better and better were both sides were coming from, even when they could not understand each other at all. It is because even though they were all speaking the same language (English) everything regularly got lost in translation due to specific cultural etiquette and expectations and, thus, conflict ensued. 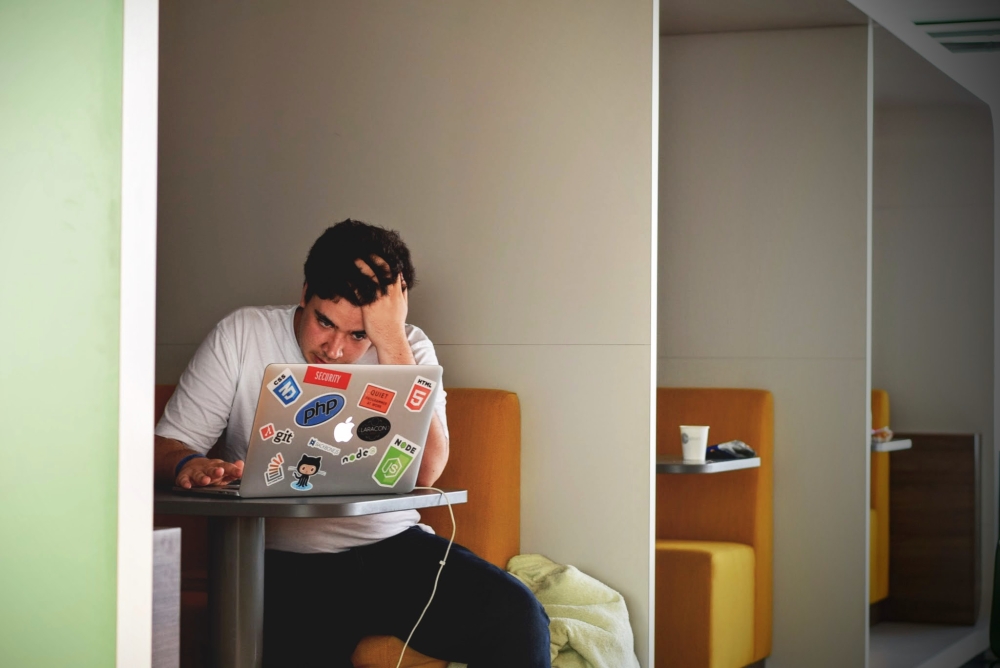 While the Brazilians thought the headquarters just blindly, without having any idea of (or caring about) how the local market or processes work, forced stiff procedures on them just because they had the power to do so, the Americans saw the Brazilians as stubborn, uncooperative and highly explosive complicators who just kept repeating that none of the rules apply in Brazil as everything was completely different there.

While the Americans witnessed the Brazilians creating lots of confusion, and acting in an uncoordinated, often rushed way, yet never admitting their mistakes, the Brazilians saw the Americans as unwilling to build relationships, hear them out and acknowledge or trust their local experience and expertise. And all this while everyone was actually trying to do their job in a way they thought was best. What a hot mess.

I would often witness my boss cursing furiously in the office, just because someone on the other side of the phone or e-mail had pissed him off, as they would also act (mostly completely unconsciously) on the basis of their own cultural context and therefore, not go all the way to think and act in the Brazilian manner that the local team thought should prevail. All that was very painful to witness. 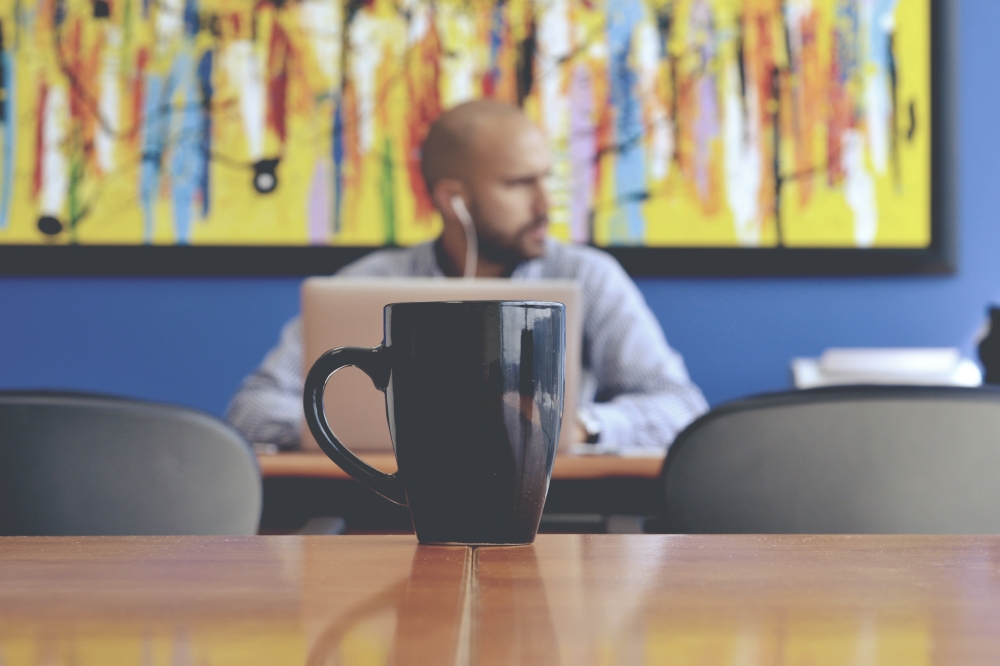 And then I decided to learn from it instead!

Yet it made me finally understand that my misery was actually an opportunity, an opportunity to gain expertise in something that not many people I worked with seemed to have or that many professionals even have the chance to work on – (inter)cultural awareness and fluency. You see, even though you yourself might be culturally sensible and empathetic, or think you are, other people may not even realize it or care about this issue. This is where you can make a difference, I thought.

Therefore, whenever I had the chance I tried to act as a sort of intermediate between the two cultures, shaping their messages so that the essence would be received in an acceptable format for both. It is amazing how much difference careful wording can make, while the basic meaning of the message stays the same! In addition, I tried to understand core values each person acted on, and even why they would have such values to begin with.

While it helped a lot to smooth the relations with American associates, some of whom had previously felt they had been seriously insulted or mistreated by the Brazilians, and therefore, had been unwilling to further communicate with them more than the necessary minimum, the Brazilians actually where not so happy about the fact that I tried to explain them what the Americans had really meant or that there was good will on both sides. They thought that I should just be on their side… I was abashed but nevertheless I would not stop. 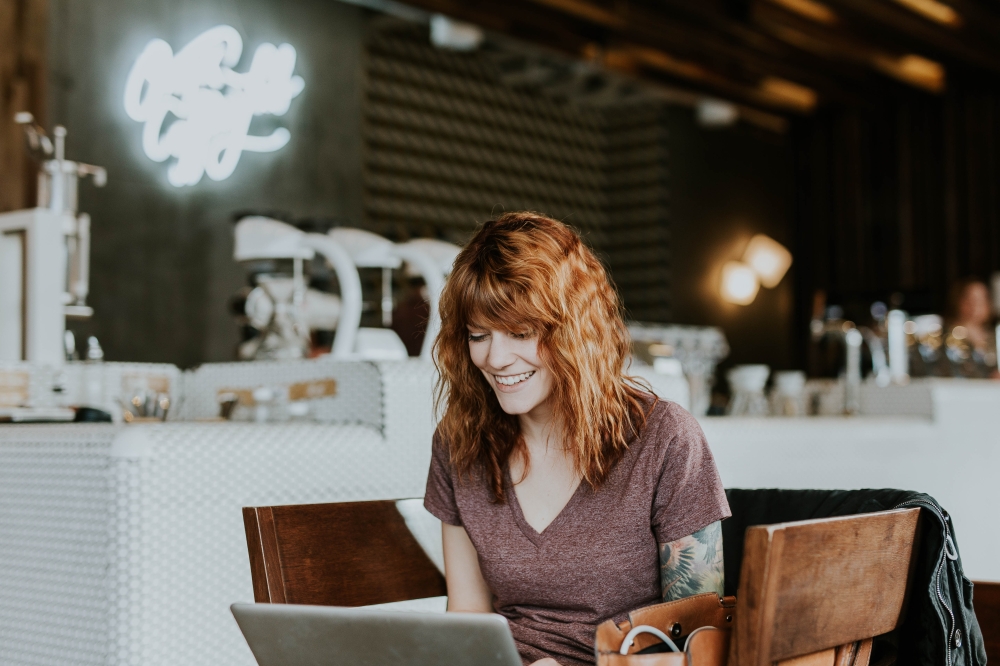 And the hardship was turned into an opportunity

Therefore, while already in the process of waiting to be transferred to another team & department inside the company (that did not just focus on Brazil and both showed more willingness to acknowledge cultural differences and deal with them, but also represented an area that fitted my profile really well), I made it my goal to learn to understand and handle different cultures in a work place as well as possible.

I am still very much in the process, but I can say for sure that my levels of patience, flexibility and willingness to reinvent, whenever necessary, have already risen dramatically. I learnt to plan a little less and improvise a bit more.

I now have more sense of importance of building relationships and taking my own cultural references out of the equation to ensure the reception of the message when needed. I am much more tolerant about making mistakes and have learnt to understand why saving face and letting someone else save face is important.

I still like to do and be more and talk less about it but I have a good notion about the importance of impressions, especially in the Latin American culture and make my effort to comply when it is important.

All in all, while I still pretend to be me and cannot compromise my strongest values, I am in the process of consciously learning to maneuver the cultural differences and always find a common ground or understanding in order to better manage intercultural communication and cooperation, which today, more than ever is essential both in the workplace and on a personal level. And this is what gave me a sense of purpose and finally got me through one of the toughest periods I have personally had here in Brazil.

Do you have any similar experience? I would love to hear your stories!